“The movie, by sheer speeding up of the mechanical, carried us from the world of sequence and connections into the world of creative configurations and structure.” 1964
— Edited by Eric McLuhan & Frank Zingrone “Essential McLuhan” Routledge 1997 ISBN 0-415-16245-9 page 290.

“The photograoh reverses the purpose of travel, which until now had been to encounter the strange and unfamiliar.” 1964
— Edited by Eric McLuhan & Frank Zingrone “Essential McLuhan” Routledge 1997 ISBN 0-415-16245-9 page 287.

“In the Phaedrus, Plato argued that the new arrival of writing would revolutionize culture for the worst. He suggested that it would substitute reminiscence for thought and mechanical learning for the true dialect of the living quest for truth by discourse and conversation.” 1954
— Edited by Eric McLuhan & Frank Zingrone “Essential McLuhan” Routledge 1997 ISBN 0-415-16245-9 page 285.

“As technology advances, it reverses the characteristics of every situation again and again. The age of automation is going to be the age of “do it yourself”.” 1957
— Edited by Eric McLuhan & Frank Zingrone “Essential McLuhan” Routledge 1997 ISBN 0-415-16245-9 page 283.

“Erwin Schrodinger has explained how he and his fellow physicists had agreed that they would report their new discoveries and experiments in quantum physics in the language of Newtonian physics. That is, they agreed to discuss and report the non-visual, electronic world in the language of the visual world of Newton.” 1974
— Edited by Eric McLuhan & Frank Zingrone “Essential McLuhan” Routledge 1997 ISBN 0-415-16245-9 page 283.

“A new medium is never an addition to an old one, nor does it leave the old one in peace. It never ceases to oppress the older media until it finds new shapes and positions for them.” 1964
— Edited by Eric McLuhan & Frank Zingrone “Essential McLuhan” Routledge 1997 ISBN 0-415-16245-9 page 278. 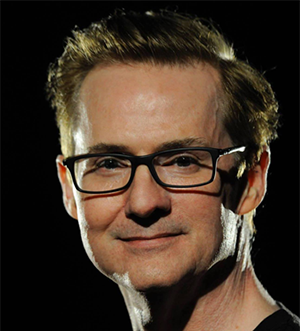